Leroy Wenham, talks about the African Caribbean fortnight that took place in Sheffield every September for over a decade. Although it had a city-wide focus, many of the events were initiated in Burngreave, especially the carnival.

“It all started in 1979 when I came from Leeds to work at The Sheffield Caribbean Workshop” said Leroy. “It seemed to me that there was a cultural void in Sheffield at that time. There were no black plays or exhibitions in the city and few opportunities to show off black talent to local audiences. With this in mind, and the idea of sharing our culture with the wider community, I set up a committee and between us we drew up a programme of ten events, lasting over a fortnight.

And so it became the “African Caribbean Fortnight”. We had a motto – captivating the city – that’s what we aimed to do! Lots of community groups drove the programme and organised events. We organised workshops in schools on Caribbean themes and we did lots of community events: a fashion show, a health day, a sports day, an Africa day, a talent show with a Caribbean carnival to start or finish off the fortnight.” 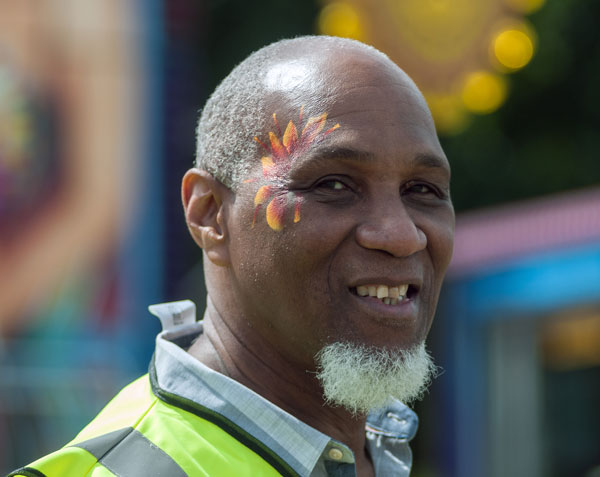 “The carnival was only part of it but it’s what many people remember. We’d set a theme each year and design and make costumes with local groups. Some years we would start the procession from Caborn’s Corner on Spital Hill and we’d process through the city to Sharrow. Then the following year we’d start in Sharrow and finish up in Osgathorpe Park. My favourite costume was the praying mantis. I designed it myself and we took the Leeds carnival by storm when we paraded it there.”

“Organising the festival was not an easy task. Of course there was never enough money: in the first year we got a bit of sponsorship from South Yorkshire County Council and £200 from the Arts Council. When we exhausted those funds, we ended up dipping into our own pockets – we were so keen to make things happen! And we borrowed from other carnivals: costumes, people, ideas. As we became more established, we managed to find other sponsors but money was always a headache!

The other problem was simply that people’s expectations grew each year. We kept on needing more helpers but what people wanted was to watch a spectacle, not to take part in it as volunteers. Clearly we were having an impact – people loved the fun and spectacle of it all – but it was hard work! Finally, in 1994, we decided to call it a day. But by then the idea had evolved and was picked up and developed by others.”

Panni Loh, former organiser of the Abbeyfield Multicultural Festival, described how she got her inspiration from the carnival in Burngreave. 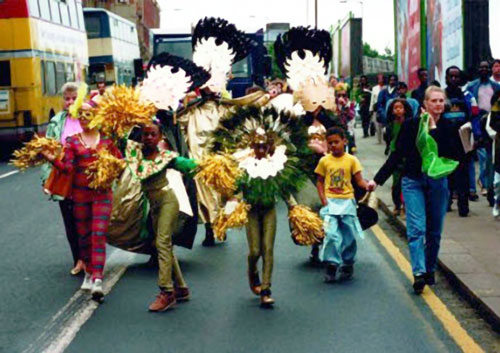 “We were living on Abbeyfield Road when the carnival passed down our street one year. My daughters were just two and four years old and we rushed into the front garden to watch the procession. It was very exciting as Caribbean women wearing tall headdresses danced just feet away from us! 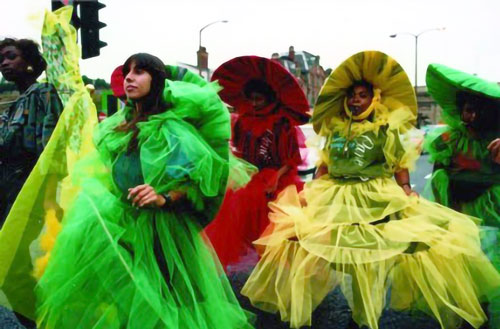 Some years later, realising that there were hardly any local public events, I organised a Chinese Lion Dance to reawaken the area. From this, the idea of a festival that embraced many cultures began to grow, resulting in the Abbeyfield Festival as it is now.” 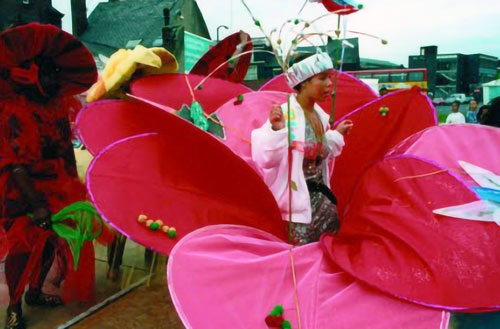 Thinking back on what we achieved then,” Leroy added, “we started something that has taken on a new form. And I’m also proud of the fact that we brought nationally-recognised artists to Sheffield for the festival fortnight. So we succeeded in bringing African Caribbean culture and heritage to a wider audience – that was quite something back in the 80s!” Thanks to Leroy Wenham and Panni Loh for sharing their stories of the carnival in Burngreave and evolution to Multicultural Festival.

This website uses cookies to improve your experience while you navigate through the website. Out of these, the cookies that are categorized as necessary are stored on your browser as they are essential for the working of basic functionalities of the website. We also use third-party cookies that help us analyze and understand how you use this website. These cookies will be stored in your browser only with your consent. You also have the option to opt-out of these cookies. But opting out of some of these cookies may affect your browsing experience.
Necessary Always Enabled
Necessary cookies are absolutely essential for the website to function properly. These cookies ensure basic functionalities and security features of the website, anonymously.
Functional
Functional cookies help to perform certain functionalities like sharing the content of the website on social media platforms, collect feedbacks, and other third-party features.
Performance
Performance cookies are used to understand and analyze the key performance indexes of the website which helps in delivering a better user experience for the visitors.
Analytics
Analytical cookies are used to understand how visitors interact with the website. These cookies help provide information on metrics the number of visitors, bounce rate, traffic source, etc.
Advertisement
Advertisement cookies are used to provide visitors with relevant ads and marketing campaigns. These cookies track visitors across websites and collect information to provide customized ads.
Others
Other uncategorized cookies are those that are being analyzed and have not been classified into a category as yet.
SAVE & ACCEPT
Scroll to Top